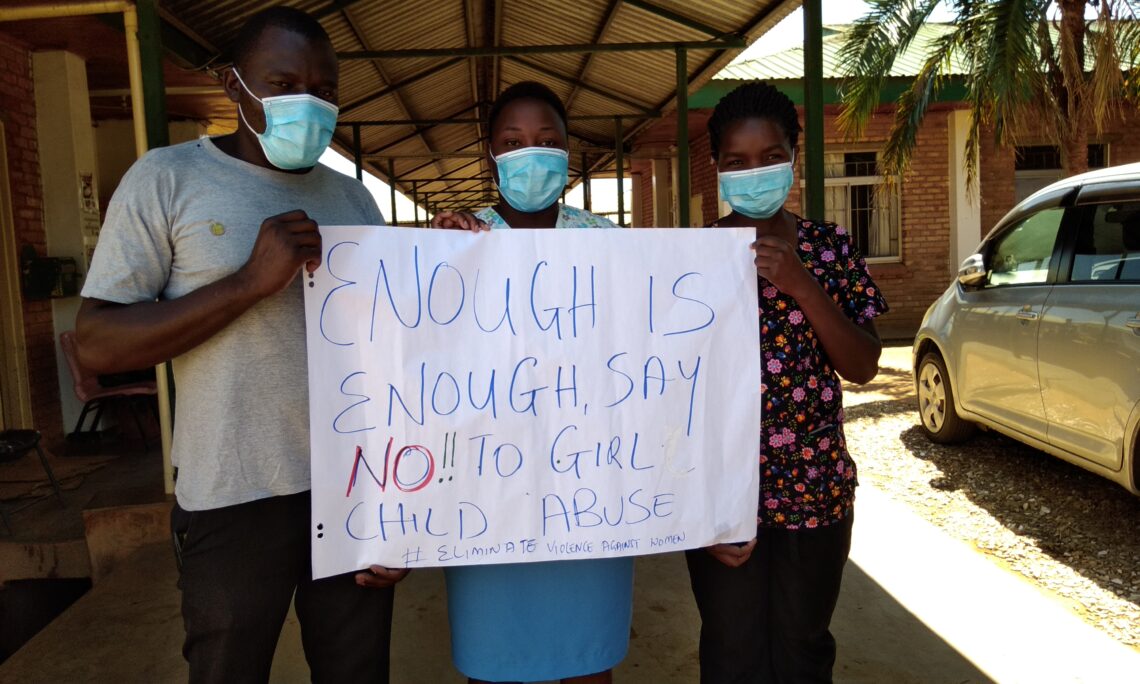 In commemoration of the 16 Days Of Activism Against Gender Based Violence, Monalisa Tembo, a 2018 YALI Mandela Washington Fellowship alumnae and nursing officer at Mzuzu Central Hospital, shares her insights on how Gender-based violence is one of the contributing factors to teenage pregnancies and one of the leading causes of maternal morbidity and mortality In Malawi.

“Malawi teenage pregnancy rate is unacceptable, especially those below the age of 18. As much as there are different programs that are successfully working on reducing this rate, not much is being done to help girls get out of early marriages and go back to school. I work in the maternity unit at Mzuzu Central Hospital and have seen underage girls giving birth. Many of the girls don’t have much to look out for in life other than being a mother. In some cases, the girls were raped by their relations but the crime was never reported.

Previously, underage girls would give birth and be treated like every other woman who comes to the unit. However, after listening to one story from a thirteen-year-old that had given birth in the unit, I realized that we had been missing a window of opportunity in the management of teenage mothers. In most cases, they suffer in silence, only a few know that they have a right to seek justice or even voice out their concerns. Some are even forced into early marriages by their families.

This led to the introduction of a link between maternity unit and One Stop Centre (One Stop Centre has representatives from the hospital, judiciary, police, social welfare services and NGOs among other stakeholders). Most underage girls giving birth at the facility go through assessments and follow-ups in the communities are done to identify the root causes and where possible rectify them.

Psychological therapy, counselling of the significant others, initiating court procedures and sensitizations are among the services rendered. Due to this linkage, underage girls within the district have gone back to school, been taken out of early marriages and perpetrators have been put in prison. Nonetheless, due to limited staff, funds, community beliefs and practices, there have been challenges in tracking all underage girls.”