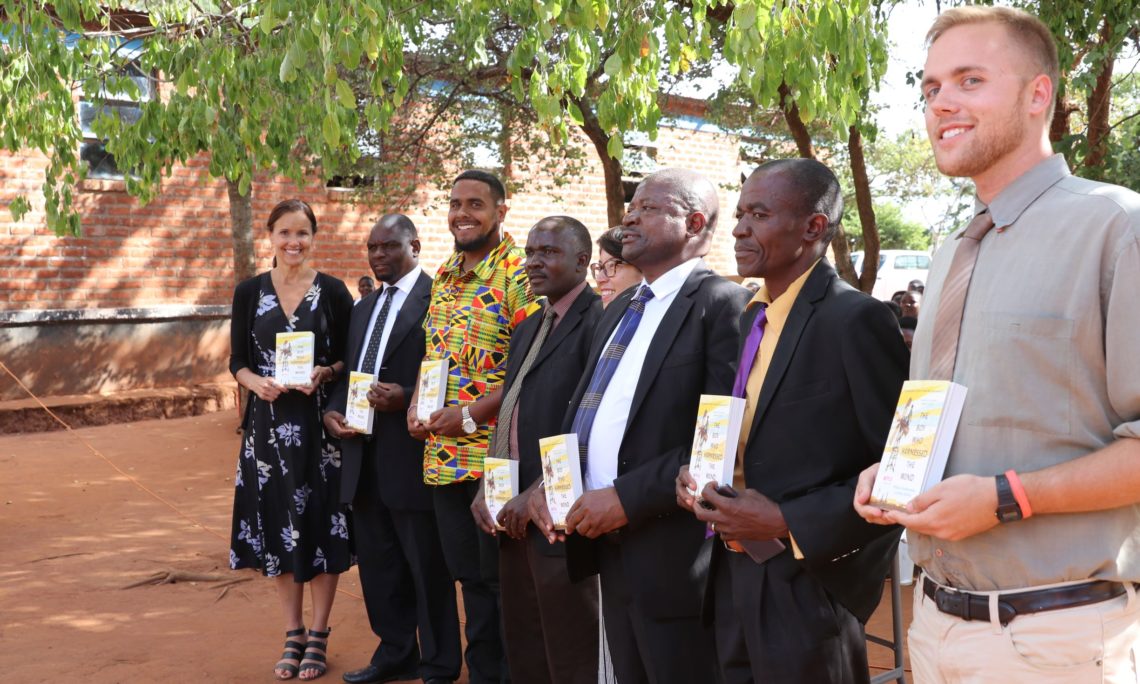 On Thursday, the Country Director for the Peace Corps in Malawi, Carol Spahn, Education Division Manager, Billy Banda, and the Traditional Authority Njombwa participated in the handover of a classroom set of The Boy Who Harnessed the Wind books at Manyani Community Day Secondary School (CDSS) in Kasungu District.

The Boy Who Harnessed the Wind is a memoir of William Kamkwamba’s youth in Wimbe, Kasungu District. In 2006, Mr. Kambwamba used knowledge that he gained from reading books supplied by the U.S. government in his school library to construct a windmill from locally found materials. The windmill generated electricity to bring light to his family’s home for the first time. Mr. Kambwamba’s story has become widely celebrated through The Boy Who Harnessed the Wind and was recently debuted in March as a movie on Netflix.

“William’s story is about the power of books, education, dreams, and determination,” explained Ms. Spahn. “We want to share this inspiring Malawian story with Malawian youth, so that they may be inspired to confidently pursue their own dreams.”

Since 1963, Peace Corps Volunteers have served in villages throughout Malawi. They work in the sectors of education, health, and the environment to build the capacity of their communities to address issues and improve their well-being.