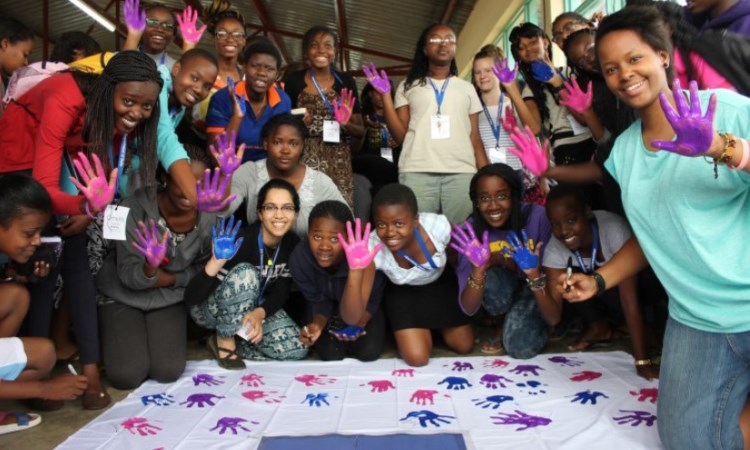 Lilongwe, December 19 – The U.S. Department of State, the United Nation Foundation’s Girl Up campaign, and other partners announces the opening of applications for the third annual Women in Science (WiSci) Girls STEAM Camp at the Malawi University of Science and Technology in Thyolo, Malawi from July 30 to August 15, 2017.

During the two-and-a-half-week program, 100 secondary school girls from Liberia, Malawi, Rwanda, Uganda, Tanzania, Zambia, and the United States will work together to build their science, technology, engineering, arts and design, and mathematics (STEAM) skills to address the prevalent gender gap. The camp will empower girls to pursue careers in STEAM, develop their leadership potential, offer mentoring opportunities, and build camaraderie and networks that will propel them to new opportunities in STEAM fields.

The WiSci Girls STEAM Camp is a public-private partnership driven by the Secretary’s Office of Global Partnerships at the U.S. Department of State, with support from the State Department’s Office of Global Women’s Issues, and in collaboration with the UN Foundation’s Girl Up campaign, the Intel Corporation, Google, KGaA Darmstadt, Germany, and other partners. The theme of WiSci 2017 is using technology to create a safer, more secure world, with a focus on preventing and responding to gender-based violence, which can be a barrier to not only the participation of women and girls in STEAM fields, but also their leadership development.

The WiSci Camp aligns with the United Nations’ Sustainable Development Goals to achieve gender equality and empower all girls and women, and supports the U.S. Global Strategy to Empower Adolescent Girls and the U.S. Strategy to Respond and Prevent Gender-based Violence Globally. The WiSci Camp is a component of the Let Girls Learn initiative, which was launched by the White House to open the doors of education for girls around the world.

The application deadline is February 13, 2017. Please email LilongwePAO@state.gov for any media inquiries, and follow @GPatState and @GirlUp on Twitter for updates, with the hashtags: #WiSciCamp and #WiSci2017.

Embassy of the United States of America