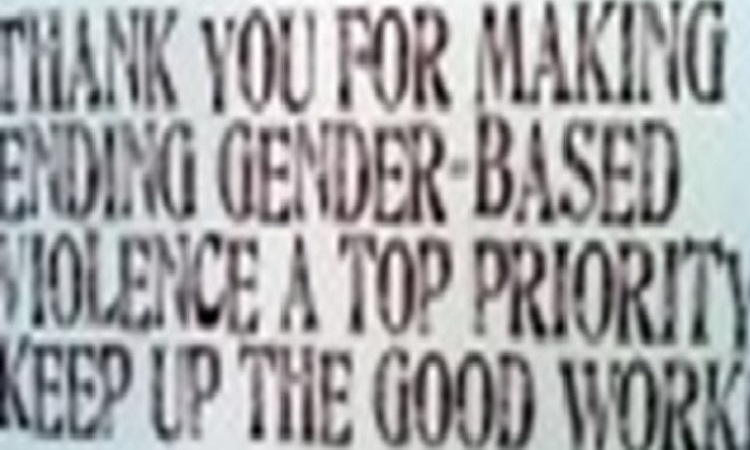 Lilongwe, December 12 – U.S. Ambassador to Malawi Virginia Palmer and visiting U.S. Ambassador-at-Large for Global Women’s Issues Catherine M. Russell announced $6 million (MK 4.4 billion) in new funding from the U.S. Department of State’s Office of Global Women’s Issues. The funding is part of a comprehensive program to address and respond to gender-based violence in Malawi and Tanzania announced by President Obama in 2015.

“Gender-based violence is a global issue that no country has solved, but we’ve seen how progress is possible, particularly when everyone comes together, and how it makes a difference for women, their families, and the economy,” said U.S. Ambassador-at-large for Global Women’s Issues Catherine M. Russell during her current visit to Malawi.  “That’s why the United States is committed to working with the government of Malawi, as well as civil society, community leaders, and women and their families, who are bravely working to end gender-based violence in Malawi.”

U.S. Ambassador to Malawi Virginia Palmer added, “We were pleased to make this announcement during the 16 Days of Activism Against Gender-Based Violence, demonstrating the U.S. Government’s firm commitment to support Malawi’s efforts to end gender-based violence.”   The U.S. Secretary of State’s Office of Global Women’s Issues also currently funds a $400,000 (MK 280 million) project in Malawi administered by UN Women to support survivors of gender-based violence through economic empowerment.

The U.S. Secretary of State’s Office of Global Women’s Issues, headed by Ambassador Russell, seeks to ensure that women’s issues are fully integrated in the formulation and conduct of U.S. foreign policy.  The Office works to promote peace, prosperity, and security by empowering women politically, socially, and economically around the world.   For more information on the U.S. Department of State’s work on global women’s issues, please visit: https://www.state.gov/bureaus-offices/bureaus-and-offices-reporting-directly-to-the-secretary/office-of-global-womens-issues