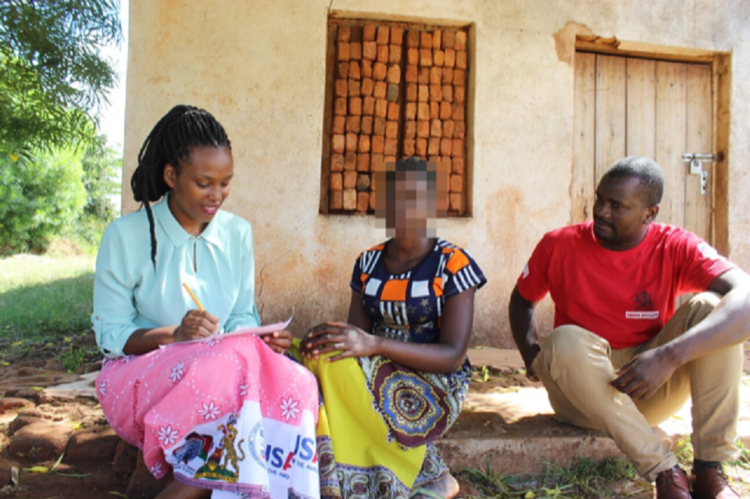 n November 2018, 17-year-old Stella sadly joined the thousands of other survivors of violence in Malawi. A young man, aged 18, sexually assaulted  her in her home in rural Blantyre. In January 2018, Stella  moved to a new village  closer to her school, but she had to live alone. She established friendships with several students from her school and community including a young man named Martin. On Friday 9 November 2018,  Stella  was at home preparing her lunch when she received a visit from Martin’s friend, Redson.

Redson  said he was looking for Martin who was not there at the time. He asked if he could have some food.  “I gave him some of the food and after he had finished eating, I asked him to leave since I needed to bathe and get ready for my afternoon classes,” recalls Stella.

Redson left the house and Stella went to bathe. While Stella was in her bedroom getting dressed, she was startled  when Redson appeared in her bedroom.

“My heart jumped when I saw him there. He quickly grabbed me and started pushing me to the ground. He told me he had been admiring me for a while and since I did not  give him the attention he wanted,  he was going to make me pay for being rude to him,” Stella recalls with a mixture of terror and sadness. “I screamed and struggled as hard as I could  to get free, but  I failed since he was just too strong for me.”

Traumatized and in tears, Stella informed her grandmother.  She advised her to go to the Chief immediately to report the incident.

Stella  did as was instructed. Unfortunately, the Chief was reluctant to deal with the incident which he found  unbelievable.

Stella then went to the police where officers referred her to the hospital. She proceeded to the hospital accompanied by her grandmother where they confirmed that she had been raped. She was given Post-exposure Prophylaxis to prevent possible HIV infection and a report to take back to the police.

The police advised Stella not to press charges and just forget the incident. “This devastated us,” her grandmother shared, “because we wanted justice.”

When Stella returned to the village, she endured verbal harassment from community members who thought she was a troublemaker.

“I was called a prostitute and was accused of being cruel for wanting to put someone’s son in jail. I was told to leave the village,” she shared.

At this point, her grandmother reached out to the USAID One Community project volunteers who worked with the district Child Protection Officer to ensure that Stella’s case was well-managed through the victim support unit. The case went through court and Redson was found guilty and sentenced to eight years in prison.

The taunts Stella was subjected to affected her confidence as she regarded herself as a failure. Expectedly, her performance in school deteriorated. Noting this, the One Community project enrolled her into their DREAMS Go! Girls Club which are community-based clubs for HIV prevention and violence reduction. “Through Go! Girls sessions, I learned to have self-confidence. I don’t mind those who used to taunt me because of the experience I went through,” said Stella when asked about the impact Go! Girls Club sessions are having on her life.

In January 2019, the One Community project provided Stella with a bicycle to commute to school from her parental home. The Family was also given an emergency grant of MK 60,000 ($80) to meet basic needs. The money also was used to buy nutritious food for Stella.

“I am grateful for everything One Community has done for me as they continue to support my family and me. The work they’re doing has inspired me so much that I want to pursue a career in social work after my studies,” concludes a hopeful Stella.

An eight-year jail term for her attacker means  justice for survivor Stella and hope for others to seek justice.

This is a true story; some of the names have been changed to protect the innocent.