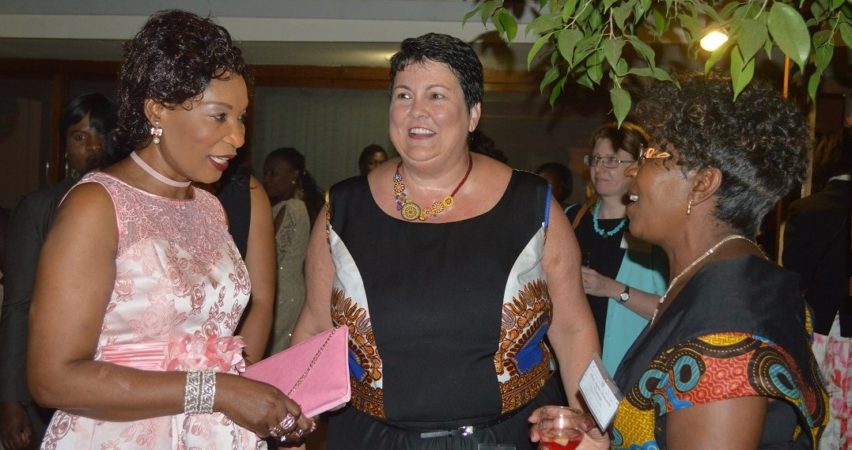 Your Excellency Madame Gertrude Mutharika, First Lady of the Republic of Malawi

Takulandirani!  I’m so glad to welcome you home.  Look around – there’s a lot of FABULOUS standing here! I’m going to shout out to just a few:

But we’re more fabulous if we work to change the reality that women deal with – in their families, in their fields, at their workplace, in schools and clinics.

I want to ask for your undivided attention for a few minutes to talk about some sobering realities about the status of women in Malawi, in the United States and in the world because even as we celebrate the remarkable things that everybody here is doing,

we must acknowledge that much remains to be done in Malawi, in the U.S. and around the world to achieve real gender equality.

What can we do?  I think the first step must be that more girls need to finish high school.  On international Women’s Day my First Lady declared “education is the most powerful way to promote and ensure women’s rights. Together we will achieve this not only by striving for gender parity at all levels of education, but also by showing all children, and especially boys, that it is through empathy, respect and kindness that we achieve our collective potential.”  I’m very pleased that last week we received the first $20 million of $90 million for secondary school construction.  USAID will “street” tenders for that construction this week.

I hope we leave here reinvigorated by knowing what great things women in Malawi are doing and with a renewed commitment to working together to make an impact on the next generation of girls and young women.  Because for Malawi to thrive, girls and women must have access to education, healthcare, and technology.  They must have equal rights and equal opportunities.  And they must be surrounded by women – and men – who will contribute to their empowerment and urge them toward success.  That’s all of us.