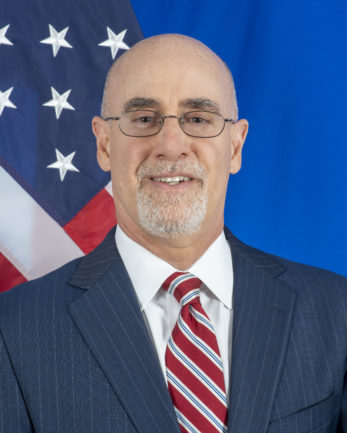 Robert Scott, a member of the Foreign Service, is currently the Ambassador of the United States to the Republic of Malawi.  Prior to this, Ambassador Scott was the Acting Deputy Assistant Secretary of State for the Bureau of African Affairs covering West African Affairs and Economic and Regional Affairs. Previously he served as the Director for Economic and Regional Affairs in the Department of State’s Africa Bureau, the Deputy Chief of Mission in Zimbabwe and Tanzania, and as the Deputy Office Director for West African Affairs. Other overseas tours include Ukraine, Germany, France, Ghana, and domestic assignments working on climate change and European security issues.

Mr. Scott joined the Foreign Service in 1994. He received a B.A. from Lawrence University, and has an M.A. in International Relations from American University.