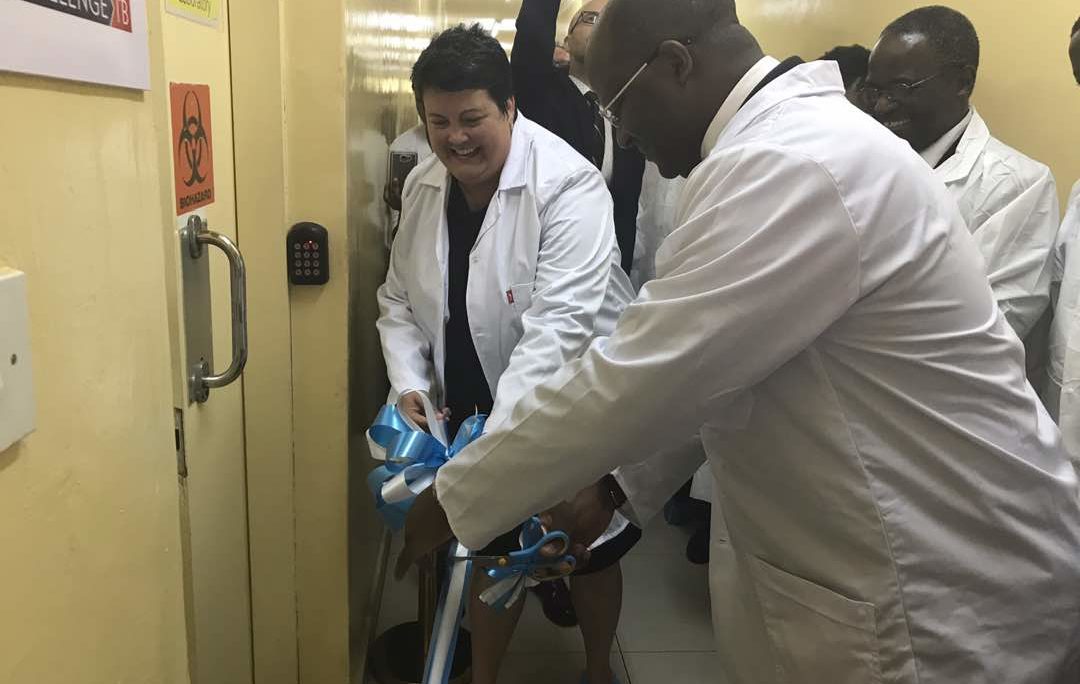 I am proud to join Hon. Minister Muluzi and the dedicated team of Malawian health professionals to open the world-class HIV Drug Resistance Molecular Laboratory and the National Tuberculosis Reference Laboratory, important milestones in the Malawian – and global – response to the HIV and TB pandemics.  With these two labs, Malawi will have new tools in its growing arsenal to identify, isolate, treat and, eventually, eliminate these diseases.

Currently, there are about 760,000 Malawians living with HIV and receiving life-saving treatment. Recognizing Malawi’s valiant efforts to fight HIV, since 2004, the United States has invested over $600 million directly and an additional $400 million through the Global Fund, to support Malawian treatment and prevention efforts.

In the last year, TB became the world’s top cause of death from infectious disease and many countries, Malawi included, are seeing concerning rises in prevalence of drug resistant TB. The HIV and TB pandemics are closely intertwined.  Among those infected with HIV, TB is the most common cause of death.  To fight one disease, you must fight the other.

Malawi is widely regarded as a leader in public health in the region, having invented programs like Option B+ (providing HIV treatment to all pregnant women living with HIV). Malawi was also the first country to implement quarterly visits to all sites providing life-saving treatment.  And PEPFAR has learned from this experience – replicating Malawi’s active monitoring approach in all PEPFAR supported countries.

These two laboratories further reflect Malawi’s concerted efforts to spearhead the global fight. The HIV drug resistance testing lab represents the first molecular lab in Malawi and one of the few labs with capacity in the region to test for HIV drug resistant virus.

To support Malawi’s efforts, the United States has invested over $500,000 to construct this molecular laboratory, including over $310,000 in state-of-the-art molecular sequencing technology. With support from CDC facilities in Atlanta, this lab has been able to access diagnostic assays at lower prices, while CDC technical expertise continues to develop the capacity of laboratory professionals.

Malawi’s successes – over 760,000 People Living with HIV now on treatment – create their own challenges, including emerging resistance to treatment. For example, the recent U.S.-funded Malawi Population-based HIV Impact Assessment (MPHIA) showed that the prevalence of drug-resistant HIV among newly diagnosed people with HIV has increased from <5% in 2006 to 12%.

To respond to emerging HIV drug resistance, the Ministry of Health is changing the first line treatment regimen to include a new drug called Dolutegravir. With the HIV Drug Resistance Molecular Laboratory, Malawi is now one of the few countries in the region with capacity to test for HIV drug resistant virus, including capacity to detect emergence of what we hope will be rare – Dolutegravir resistance.  Previously Malawi would have had to send samples to Uganda, South Africa, the United States or Canada to get tested.  Now Malawi can do its own tests for its own people.  And in the near future, Malawi may begin to test samples for neighboring countries.

To boost the fight against TB, the United States invested $600,000 in state of the art technology to upgrade the National Tuberculosis Reference Laboratory and an additional $100,000 to provide mentoring and training to staff to manage this Biosafety level III laboratory. As a result, Malawi can now conduct complex tests, such as drug sensitivity testing for second line tuberculosis drugs.

In recent weeks, the first client suspected of having extensively drug resistant TB (XDR TB) was diagnosed following initial testing done in this newly upgraded national TB reference lab. Without the these upgrades to the lab, the delayed identification of this drug resistant TB strain could have led to the exposure of many more people, including attending health workers, to this difficult-to-treat form of TB.

Moving forward, U.S.-Malawian partnership to upgrade this laboratory will enable the Ministry of Health to conduct a drug resistance survey to estimate the magnitude of drug resistance nationally and provide data to inform National policy decisions – something that could not be done previously. With the results of this surveillance effort, the country will be better placed to target limited resources for TB management and control.

As I close, it is worth reflecting that every client served in these two facilities has a family and is part of a community. While numbers of people served may sound impressive to donors, it is the person saved that means the world to families and loved ones.  Many here have cared for a friend, family member, or neighbor affected by HIV or TB.  It is our love for these friends, family members and neighbors that spurs our mutual efforts as reflected in these laboratories.

With thoughts of these friends and families in Malawi and the United States foremost in our minds, he United States remains committed to our partnership with Malawi to fight HIV and TB and provide better health services for all Malawians.