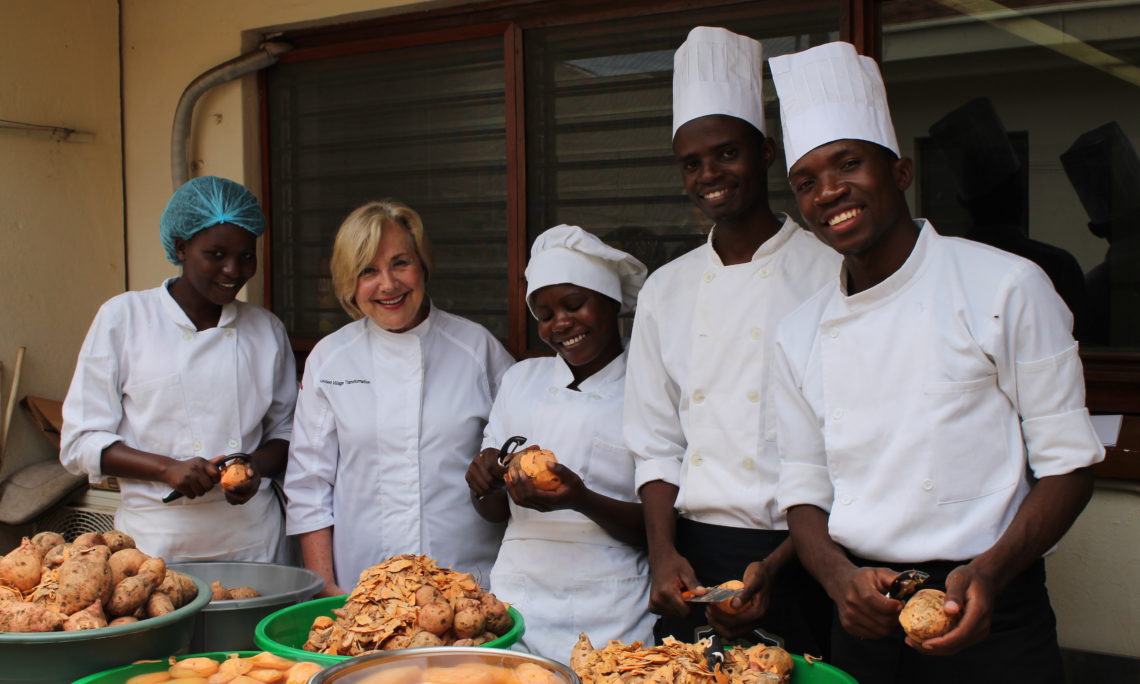 On February 15, Embassy Lilongwe partnered with American Food Network-featured chef Claudia Sansone to present a day-long “Culinary Diplomacy” program highlighting the orange-fleshed sweet potato (OFSP).  Chef Claudia Sansone worked with four Malawian chef trainees from the Malawi Institute of Tourism to prepare several dishes featuring the highly nutritious OFSP as a key ingredient.  The dishes were then served at a dinner for 60 local leaders and hospitality industry professionals hosted by U.S. Ambassador to Malawi Virginia Palmer.  Just prior to the dinner, chef Claudia Sansone demonstrated the preparation of a delicious orange-fleshed sweet potato and groundnut soup.  Malawian TV, radio, and print media participated in covering the day-long preparations and dinner.

The U.S. Government’s Feed the Future program in Malawi promotes increased production, marketing, and consumption of high-yielding, Vitamin A-rich orange-fleshed sweet potato (OFSP) varieties.  In partnership with the International Potato Centre (CIP) since 2014, Feed the Future partners have supported 18,500 smallholder farmers to plant 800 hectares of OFSP across 10 southern and central region districts in Malawi.  OFSP is not only a highly nutritious crop, but is also one that is climate resilient and can be planted as a second crop following crop failure.

“This culinary diplomacy program in Malawi is particularly special because it features orange-fleshed sweet potatoes (OFSP).  OFSP are highly nutritious and drought-resistant so they can play a key role in Malawi’s crop and nutritional diversity – important for Malawian farmers and children.  I’m grateful to chef Claudia Sansone for helping us to share a little bit of America and explore the many culinary possibilities of the OFSP,” said U.S. Ambassador to Malawi Virginia Palmer.