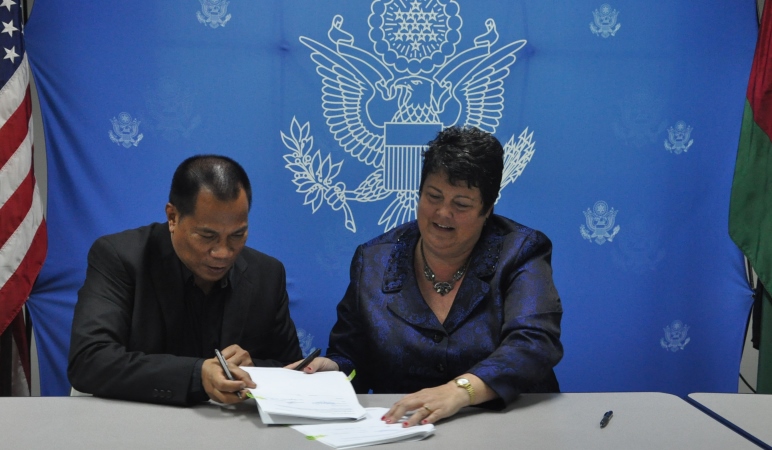 Earlier today U.S. Ambassador to Malawi Virginia Palmer signed a $23,443 grant to Jesuit Refugee Service (JRS) to fund a project to prevent further deforestation in Malawi caused by the need for charcoal used as cooking fuel.  Through the project, JRS will establish environmental clubs at Luwani refugee camp and surrounding host communities; construct a briquette and efficient stove production workshop and storage room; train refugees and host community members in the production and use of briquettes and energy-saving stoves; and produce and sell briquettes and energy cooking stoves to generate income.  The project is funded by the U.S. Department of State’s Bureau of Population, Refugees, and Migration (PRM) under the Julia Taft Fund.  Click here to learn more about PRM’s work.