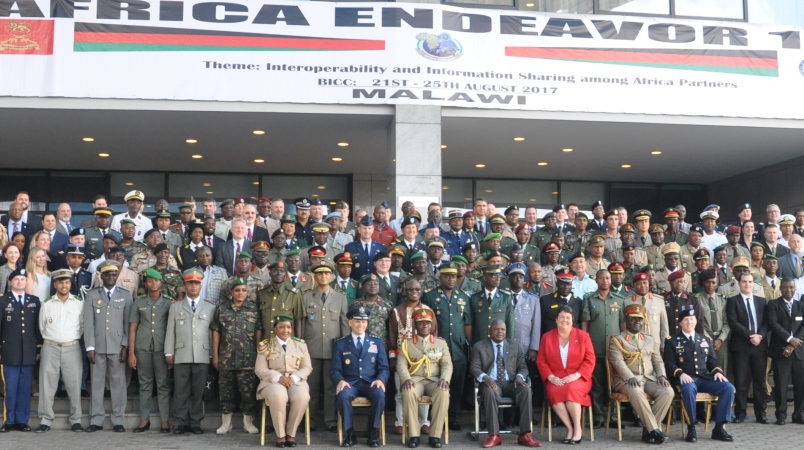 On August 21, U.S. Ambassador to Malawi Virginia Palmer joined Malawi’s Deputy Minister of Defense Everton Chimulirenji, Commander of the Malawi Defense Force General Griffin Supuni Phiri, and U.S. Africa Command’s Deputy Commander Lieutenant General James Vechery to officially open the Africa Endeavor military symposium held in Lilongwe.  The symposium brings together military officers from across Africa, Europe, and the United States to discuss cyber security issues.  In her remarks, Ambassador Palmer said it is only through working together, hand-in-hand as partners that countries can successfully counter increasingly sophisticated cybersecurity threats.  “These partnerships have been a hallmark of U.S. engagement in Africa for decades and will remain so into the future,” said Ambassador Palmer.