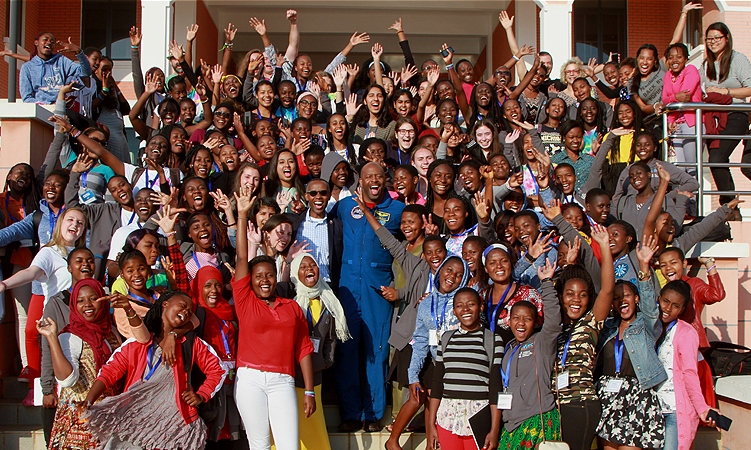 The 2017 Women in Science “WiSci” STEAM Camp was held on the campus of the Malawi University of Science and Technology (MUST) July 30-August 14.  Malawi’s First Lady, Dr. Gertrude Mutharika, and former NASA Astronaut Leland Melvin inspired the camp’s participants at the camp’s August 14 closing ceremony.  A public-private partnership, the 2017 WiSci STEAM Camp brought together 100 secondary school girls from six African countries and the United States who worked together to enhance their science, technology, engineering, arts & design, and mathematics (STEAM) skills, develop their leadership potential, and build networks that will propel them to new opportunities in STEAM fields.  WiSci 2017’s theme was using technology to create a safer, more secure world, with a focus on preventing gender-based violence.  WiSci was made possible by the valuable contributions from partners including the UN Foundation’s Girl Up campaign, Intel Corporation, and Google.  The camp was organized by the U.S. Department of State’s Office of Global Partnerships and implemented by World Learning.